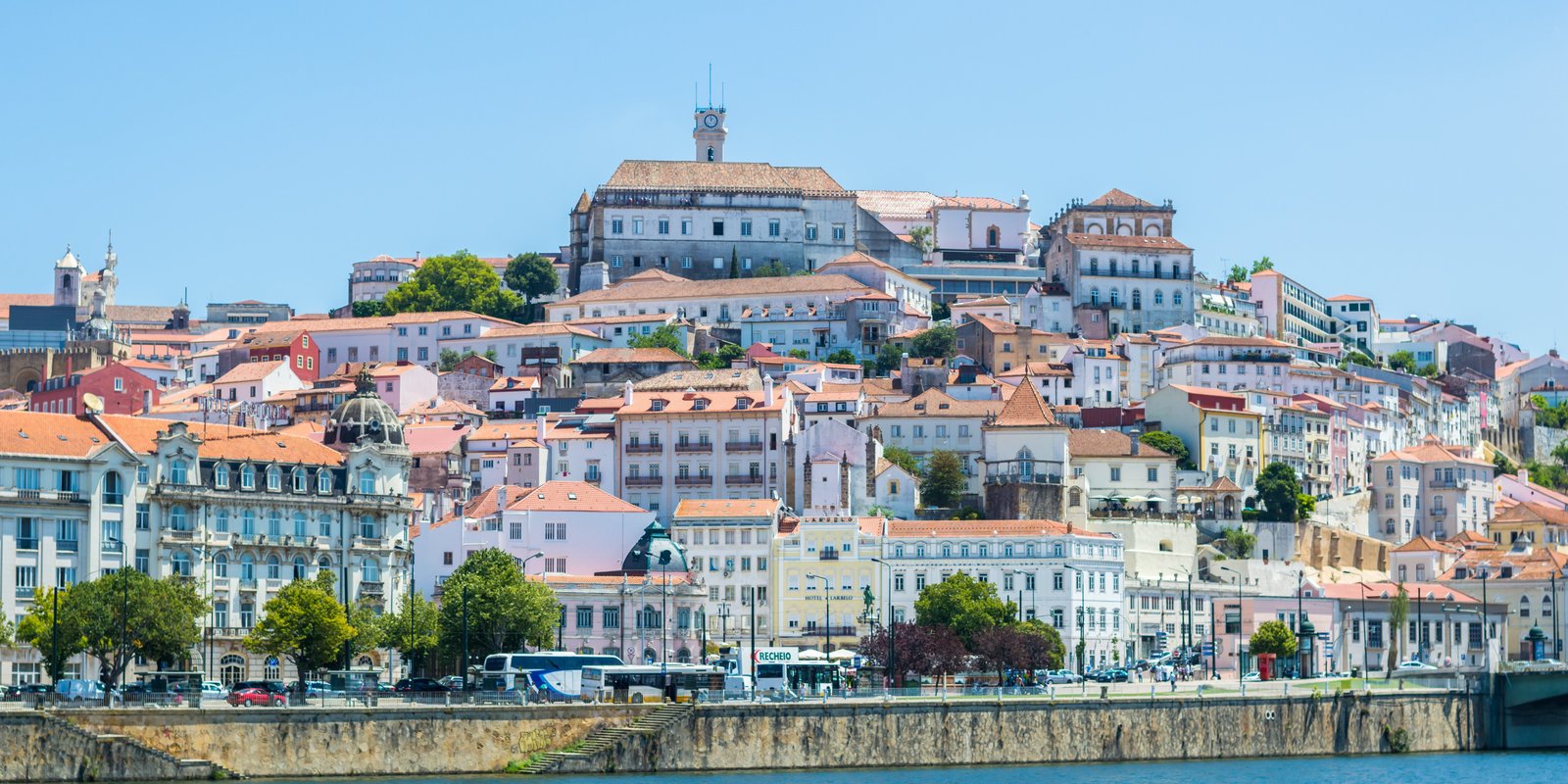 The future of condominiums

Death to the electricity bill?

The sustainability movement has been alive since the late 1960s, when photos of our planet taken from space reminded humans of their fragility and humiliated millions in the process. In light of this, there is a greater awareness of our use and allocation of resources, particularly energy and how we manage it. The architecture, engineering and construction industry has been very aware of this, since standards have evolved in recent decades incorporating principles of sustainability and long-term thinking in the design process. When you take a step back to have a high-level view of the evolution of sustainability in the industry, there is an obvious pattern. The address looks something like this:

Although steps two and three are not widespread worldwide, there is pioneering work done in both groups, with a plethora of successful examples and case studies. That said, we highlight some contemporary practices that move the needle forward from step one to the next steps and drop some jaws along the way.

The power of solar energy 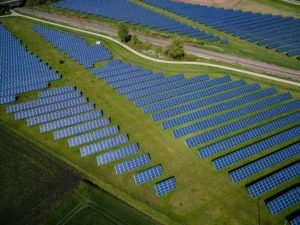 “In the next 20 years, between 50 and 100 percent of global energy production could come from solar energy, we are on the cusp of a solar revolution where the cost of solar cells will plummet, efficiency will increase drastically and the incentives for widespread adoption will be convincing. ”

“Currently, one of the biggest barriers to the large-scale adoption of solar energy, in addition to the cost, is the intrusive and imposing nature of solar panels. They are considered monstrosities for a large number of people. Enter Ubiquitous Energy, an MIT startup that is approaching the commercialization of its completely transparent solar panels.

“It opens a large area to deploy solar energy in a non-intrusive way. It can be used in high buildings with many windows or any type of mobile device that demands a high aesthetic quality, such as a telephone or an electronic reader. In short, we want to create solar harvest surfaces that you do not even know exist. Richard Lunt, omnipresent energy

These solar concentrators could convert any window or sheet of glass into a photovoltaic solar cell capable of generating energy. With communities like the Freiburg5 solar settlement slowly appearing, it is only a matter of time before the ideas spread wider. The excess of energy production can be put back into the network, generating a benefit for its users … remarkable. ”

Green roofs offer many tangible and intangible public benefits. Some include: 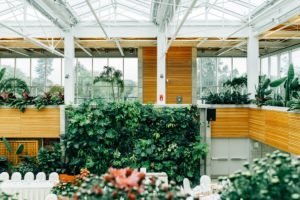 We are seeing a movement towards the green roofs, not only from the perspective of an amateur, but also from the government itself. Toronto is the first city in North America to have an ordinance that demands and governs the construction of green roofs in new developments. It was adopted by the Toronto City Council in May 2009. It is a step in the right direction, as Europe has established itself as a leader in green roof technologies due to a direct result of government legislative and financial support, both at the state level as municipal. One step further are full-grown farms that produce incredibly large quantities of products, such as the engineering building at Ryerson University.

The possibilities are endless.

As water is increasingly becoming a focal point for everyone, rainwater harvesting provides solutions on how we can make the best use of what nature already provides. The accumulation and deposition of rainwater for reuse in the place, instead of allowing it to escape, is an intelligent means of providing an independent water supply to its users. The practice not only saves large amounts of money in the long term, but also promotes a more sustainable environment. Changi Airport in Singapore collects and treats rainwater, which represents 28% to 33% of its total water used, resulting in Olympic villages. They became the first cities in North America to use sewer systems to provide heating and hot water. 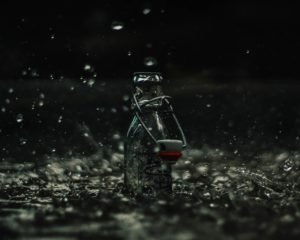 In agriculture, the rainwater harvest has shown the potential to double food production by 100% compared to the 10% increase in irrigation. Rainfed agriculture is practiced on 80% of the world’s agricultural land and generates between 65% and 70% of the world’s staple foods. For example, in Africa, more than 95% of croplands are seasonal, almost 90% in Latin America. ” Achim Steiner, Executive Director of the United Nations Automated parking systems Agglomeration is a buzzword that urban planners love to use when describing the process of creating a vibrant city with the welfare of the inhabitants as a priority. The growing scarcity of available urban land combined with sustainability and other quality of life problems has renewed interest in automated parking systems as alternatives to multi-story parking lots, street parking and parking lots.13 It is a system Mechanical designed to minimize the area / volume of space required to park cars.

If you have a high density development, it makes sense to have high density parking. Talk to any developer: they say that, for small or irregular sites, robotic parking is the answer to space limitations. It will unlock the real estate potential of many urban landfill sites. Donald C. Shoup, professor of urban planning at UCLA

Helsinki is a great example of a city at the forefront of vehicle management and its willingness to engage with its public on the subject.

We are not doing a Helsinki without cars, that is not possible. “But we are going to take control of where the cars are and how they are used, so that we have places where it is really nice to walk, it is very fast and easy to ride a bicycle, and public transport is highly efficient. balanced.

Reetta Putkonen, director of the transport and traffic planning division of the city of Helsinki

Human faeces vary from 55% to 75% water. Much of what remains consists of gaseous methane and a solid waste that, if dried and concentrated, has an energy content similar to that of coal. Unlike coal, this is a fuel that hardly needs to be searched or extracted, with a high potential for society. BC. It is a leader in the use of one of the most renewable resources of humanity to heat its buildings. The trend began when Vancouver and Whistler decided to create neighboring power generation plants (district energy systems) for their Olympic villages. They became the first cities in North America to use sewer systems to provide heating and hot water.

Some people do it for the environmental benefit, but I grew up as a business person. With your own energy source, you can convert it to anything you need. Then, if the market generates costs, it can really control that unforeseen cost of energy in the future. David St. Pierre, Executive Director of the Metropolitan Water Recovery District of Chicago It is an incredibly renewable resource since the human race produces about 640 one billion pounds. (290 billion kg) of feces per year, and about 3.5 billion gallons. (1.98 billion liters) of urine. The opportunities for ideation are endless. International Wastewater Systems (IWS) installed a solution, called Sewage SHARC, as part of an energy reconditioning at the Gateway Theater in the city of Richmond, BC, as well as a 172-unit condominium complex in Vancouver, BC. According to IWS, the wastewater heat recovery system installed in the development of the condominium allows the hot water system to operate at 550% efficiency, which reduces the hot water heating bills for residents by 70% 23 .

Giving us the ability to take advantage of and produce more energy than we actually consume, technology is our ally when it comes to solving problems and learning to improve our environments in a sustainable manner. With the horizon beginning to form, are we beginning to see the end of the electric bill?